Many of my projects can be found on my github.com/vreeken, check it out.

This was a fantastic project for a technical challenge. It involved gathering lots of information from the user: each of their incomes and expenses had to be input. So ease of use and making everything intuitive was important. Then came data processing. I had to calculate each of their bills and expenses out 5 years, calculating correct dates for each income/expense, whether they were one time events or ongoing with varying frequencies; keeping a running track of their bank balance and letting the user know the minimum positive amount or maximum deficit they had in their bank account during those five years.

While I had made basic projects with Vue.js this was my first major project. I learned a lot with data structuring and organization, but looking back on it, I've learned much more since then in terms of factoring out components for better adhering to SOLID / DRY principles.

This was also my first time with payment processing which was an intimidating thought, but the Braintree API made for a fairly simple setup and execution.

This was my first android app outside of the basic "Hello World" app. I wanted to give back to the wonderful D&D community with the skills that I have, so I made an ad-free app. It has continued to evolve and grow with thousands of users and contributors each submitting their own content and voting on community content.

This was my first delve into JSON Web Token authentication, and I was pleased to realize how well JWTs worked with Laravel.

One of the major focuses of this project was a strong API. Keeping things organized, providing useful return messages (whether the API call was successful or failed), route middleware for only authenticated users, and organized OOP for the different database models were important topics to grasp and implement. I was most of the way done with my API when I learned about GraphQL, which would have been interesting to learn, but that edeavor will be for a future project.

The app is still in progress, ever growing and improving. One of the weakest points of the app, in its current form, is the random sorting of some of the sections with thousands of entries. The database call takes longer than I'd like, and I've been testing different methods to retrieve paginated, random rows.

I've had this idea in my mind for quite some time, but due to other projects taking precedence it's been on the back-burner for a while. I used this project as a chance to learn the React framework a little more in depth. I've had small amounts of experience with React here and there, but this was my first real React project in quite some time; Vue.js has been my go-to front-end framework of choice. I was pleased to learn that a lot of my Vue.js knowledge transitioned over fairly nicely to React, and apart from a few hiccups it was a smooth process. Single file components, state management, passing reactive properties to children, and passing function callbacks back up are all universal concepts between the two frameworks.

But there was a lot more to this project, including the creation of a large json file that holds all of the data for each movie. Trivia Questions, Facts, Behind-The-Scene Photos, User Polls, and Mistakes, all organized, normalized, timestamped, and described. It was a large task to gather all of the different resources, but I believe the end result is an enjoyable experience.

There is still more to be done with this project. Authentication/registration have to be hooked up to the front-end React app; timestamped commenting left by authenticated users, and live chatting also have to be implemented. I will continue to work on these features between paid projects, but in the mean time go ahead and check the site out and watch a movie with it. It's a great new way to watch your favorite movies.

This was a personal challenge weekend project to see if I could get a simple site up and running in a couple days. I guess you can be the judge, but I count it a success.

There is no authentication which simplified things, but there still needed to be a database to store the url/redirect pairs, to which I also added a "count" column to keep track of how many times the redirect was used as well as an "updated_at" column to track when it was last used.

It also taught me route wildcards, capturing any routes and using the route to look up the redirect in the database.

I am a passionate freelance full stack web Developer with 10+ years of experience. I'm currently seeking a full time full stack, front end, or back end web developer position. I Consistently grew sales by 10% year-over-year through superior interpersonal relationships at The Home Depot. I Saved Able Inc. 40 work hours per month by writing a script to merge their 1 million+ item inventory database. I am a creative problem solver, an enthusiastic team player and a disciplined self educator. 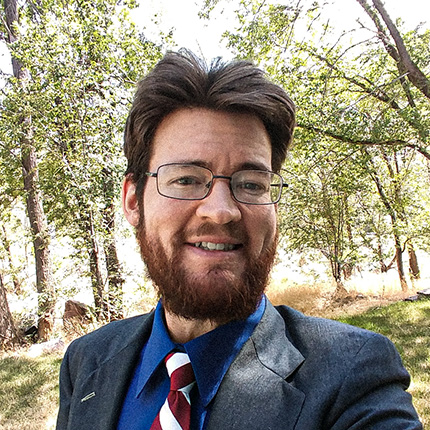 I enjoy the logical and scientific side of life. Math and science have rules and definitive answers to their questions, as opposed to interpretive answers found in art and literature. I find structure, reason, and organization necessary for my sanity; and have found solace in programming.

I've been programming as a hobby for over 15 years, but only more recently thought of it as a career. I got hooked on BASIC and things spiraled out of control from there. I learned C++ in college, but the immediate satisfaction that came from javascript UI control led me more toward web development. Flash/Actionscript was a wild ride (while it lasted) that taught me a lot of game development. But the logic and architecture of back end programming is what calls to me the most.

While PHP has plenty of inconsistencies and other issues, I love it; and the Laravel Framework has only increased my love of the language. Though not quite as potent, the same can be said for Javascript and the Vue.js Framework. I find I achieve the most productivity when I couple a Laravel back end with a Vue.js front end.

But enough about programming. While I'm not tinkering with code you can usually find me playing video games or saving the world in my latest Dungeons and Dragons game.

Have any questions or would like to talk about a project? Drop me a line:


I'll get back to you soon.